For a number of years, the Holiday double-issue of The Economist has been one of the regular things I have most looked forward at Christmas time. It is one of those reasons that I can say I wish every month, if not every day, had a Christmas in them. There is typically a wide range of long-form articles on all sorts of topics designed to pique the interest of any polymath worth his or her salt. So I started my day with some reading of this year’s edition. 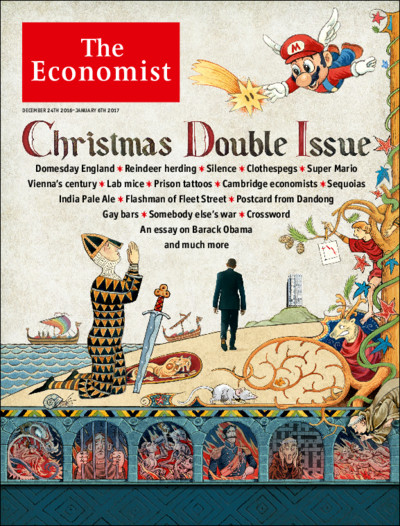 Last week saw me start a new consulting gig where I am being asked to essentially design and coordinate the development of a web-based application. (That’s one of the reasons that I have not updated this site in 2 weeks.)

The first order of business is to figure out the data that needs to be captured and what needs to happen to it once captured. So I found myself doing database modeling in Microsoft Word. I know just enough about the basics to get myself into trouble. So I figured that I would spend some free time before Christmas supper making the most of my LinkedIn Premium subscription and learn as much as I could about relational databases in general, and data modelling in particular. I am there enjoying Foundations of Programming: Databases.

While reading an article about marketing and big data, I came across a link to an article that explains how the ZIP code system works. These two images are from that article: 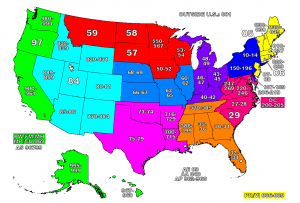 I remember when the wonderful—to many and curmudgeonly to others—Andy Rooney, of CBS’ 60 Minutes, expounded on the topic in 1989. I couldn’t find the video but found a link to a newspaper opinion piece by Rooney that was archived.

I applied to pursue a doctorate in international studies in 2008 but was turned down due to professor availability. I wanted to continue the ideas that I put forth in my master’s thesis. In the graphic below—created to demonstrate causality of ideas before I even started writing—I addressed the first 2 “developments”. The focus of my doctoral thesis would be on the future avenues of research described in “development” #3. 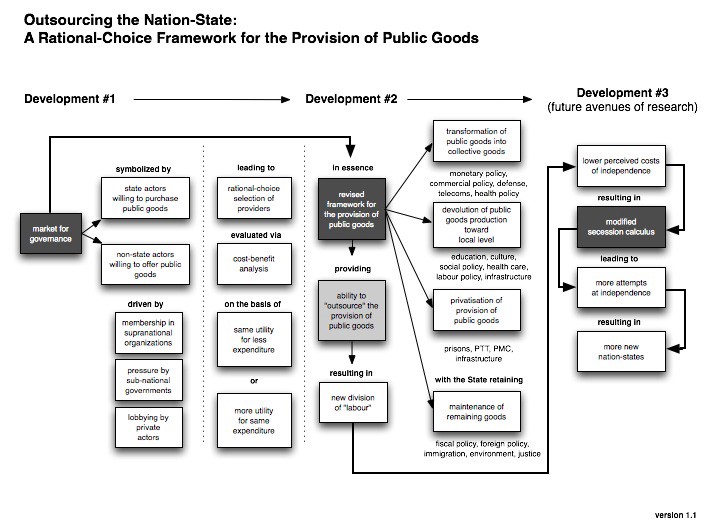 While I have not permanently ruled out the possibility, a Ph.D is on hold for now. (The department at the time ruled out on rationale for getting a PhD: replacing those professors facing imminent retirement. He explained that old political science professors don’t retire, they just die.). This site, “Should I get a Ph.D.“, may give me further pause.

As part of my continued research into understanding the business opportunities represented by artificial intelligence and to continue to my product brief—that is rapidly become a book—I came across a very interesting article that about neural networks. What is really cool is that a playground where you can actually the neural networks in action, and make changes, is also provided.

As if I didn’t have enough change in my life, I am thinking of learning the Dvorak keyboard, which is apparently much more efficient than the QWERTY keyboard used in English. The QWERTY layout was apparently created to slow typists down because that was necessary at the time; typewriters couldn’t handle such rapid input. Since habits die hard, the use and teaching of the QWERTY continues to this day, even if the technical reason for its existence does not. So I shall tread a well-worn path and give Dvorak a try ! (Update: Nope, looks like a pain in the butt for not much added value.)

I came across when the new website was announced. Lots of interesting articles, and interesting battlefield / theatre pictures. One article talked about the importance of concrete in the war in Iraq. This section was interesting:

The demand for concrete was immense. New contracts had to be developed and concrete factories had to be found, built, and expanded in multiple places across Iraq. Getting concrete became as important a mission as emplacing it.

A major component to the well-known Iraq surge of 2007 in response to rising sectarian violence was the mission to clear and secure the neighborhoods of Baghdad. US forces found concrete to be their most effective weapon to reduce violence and protect the local population. They used concrete to reduce the complexity of the environment.

In response to the situation, the US forces basically engaged in siege warfare. But atypical to historic examples, instead of attacking to break through fortified wall, they imposed the siege on the enemy by building walls. Reminiscent of a medieval siege engine, each night US forces drove up to the limits off Sadr City with massive cranes and trucks loaded with twelve-foot-tall T-walls. On a good night, soldiers could emplace over 122 barriers. Enemy forces attacked the soldiers putting in the walls and it was not uncommon to be hanging concrete while attack helicopters, tanks, and Bradley Infantry Fighting Vehicles returned fire.

I read a second article on the site, looking at Clausewitz’ famous On War treatise in the context of Start Trek. I shared the link yesterday but got around to really reading the article today:

Nerd alert ! But oh so cool ! Clausewitz in Space: The Trinity for Trekkies https://t.co/sniVWW8VmQ via @WarInstitute

Without passion, war is absent energy. Without reason, war is uncontrolled rage. Without chance, war is mere slaughter. All three are necessary, and necessary to remember.

According to the article, the parallel with Star Trek is as follows: